The 13th Evening of Sounds went out of Pasila studios and to the wild – Turku! A three hour live ”listening walk” was broadcasted in Radio Suomi on Thursday, August 15th. Together with artists Simo and Tuike Alitalo, researcher Heikki Uimonen and show host Jukka Mikkola, and with the technical help of sound designers Mikko Kuokka and Antti Pohjola and producer Pertti Ylikojola back at the OB van, we walked some 7 kilometers listening to the very lively Night of the Arts (“Taiteiden yö”), celebrating it’s 30th year.

You can listen to the program here: https://areena.yle.fi/1-50211380. During the first hour we climb to the Vartiovuori hill, the second we spend around the old city centre, around Tuomiokirkko, and the third hour we went up and down the Aura river with a boat (with an electric engine, and with captain Nigel Helyer). A wonderful moment personally, just at the end of the second hour, is listening to the old door of the Turku Main Library. Some creaking hinges from 2005 and 2019. (There wasn’t time to play the recording from 2010, you can listen to it here: http://kartta.aanimaisemat.fi/sound/115)

I’ve written a chapter about the program to Music radio: building communities, mediating genres (eds. M. Michelsen, M. Krogh, S. Kaargaard Nielsen and I. Have. London: Bloomsbury, 2018) with the title “Mediated Soundscapes: Representations of the National in the Soundscape Call-in Programme Äänien ilta.” If you’d wish to read it but don’t have access to the book, drop me a line.

Here’s an excerpt from the beginning:

“During the last five years, the Finnish Broadcasting Company YLE has been broadcasting a call-in programme on environmental sounds [–]. The three-hour live program called Äänien ilta (‘evening of sounds’) is [usually] aired on a Sunday evening slot and with approximately 220 000 listeners per show it is considered a popular event with listeners and critics alike. The programme consists of callers’ narratives on their personal and sometimes intimate experiences and memories on both current and past sonic phenomena. The callers request recorded sounds they would like to hear in the programme. Some requests are selected and fulfilled with the help of the YLE sound archives and present-day soundscape recordings produced by soundscape archiving projects outside YLE. The host of the show, Jukka Mikkola, discusses the sound requests and stories connected to them together with the callers and studio guests representing soundscape research, sound art and sound design.

Äänien ilta falls somewhere between the more conventional radio programmes such as music call-in shows, citizen’s forums and studio conversation programmes. The radical idea of dedicating three live hours for environmental sound recordings, call-ins and brief commentaries is exceptional. The sound recordings listened to are often quite long samples without a dramatic structure, not only sound effects to feed brief sonic curiosity. The audience is offered a position to listen to the sounds together with the host and studio guests attentively, possibly unlike in everyday situations and thus attach personal and communal meanings to them via a public broadcast.” 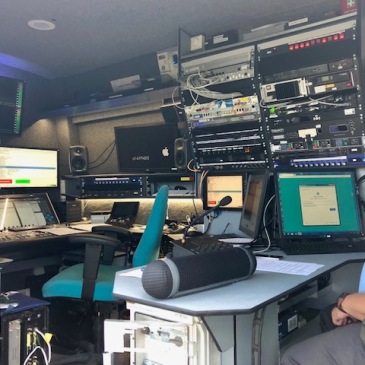 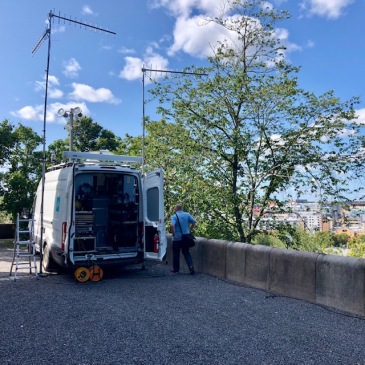 All Evening of Sounds programs are archived online to YLE Elävä arkisto: https://yle.fi/aihe/artikkeli/2013/04/11/aanien-illoissa-kuunnellaan-kadonneitakin-aania